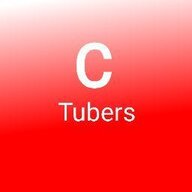 People might think of gaming as a simple act of recreation. Others think of it as competition. Others think of it as another form of entertainment that rots the brain. But today many people are devoting their time in the gaming sector. Now wouldn't you not think that if gaming rottens the brain then those guys who work day in day out just to produce that game would have also thought that gaming rottens the brain as well and probably we won't have video games today.
Show hidden low quality content
You must log in or register to reply here.
Share:
Facebook Twitter Reddit Pinterest Tumblr WhatsApp Email Link
Top Bottom