Has anyone ever left the house? 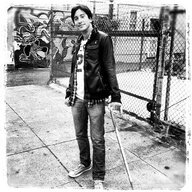 Absolutely not. Only heathens leave the house. 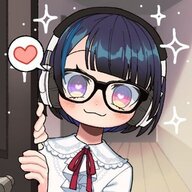 Yes, you get migraines and sunburn. Solid 0/10
Reactions: ZackCarr

Only groceries for now...
Reactions: ZackCarr 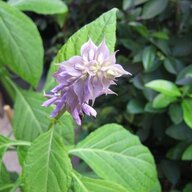 Tomanadi said:
Only groceries for now...
Click to expand...

is leaving the house a sports term? I am genuinely confused

Miss the good ol' days of going out with friends to have food and watch movies.
Reactions: ZackCarr and Rahzel

do you have mandatory mask laws for indoors where you live?

I wear masks when I go out, go to court or any office or shop. If you don't have a mask, you can get fined by cops. The only place where I don't wear a mask is at home.
Reactions: ZackCarr

same with me. Do you think schools can really re-open at this point? I think online courses are the only safe way to go atm

I don't know. A lot of things just don't make sense. Sweden barely had any lockdown, kids are going to school, they don't even have mask laws, and they claim they are reaching herd immunity now:

Why Sweden, pilloried for refusing to lock down, may have last laugh

IAN BIRRELL: As infections spike again in places that locked down, where schools struggle to reopen and the economic carnage grows clearer, is it possible Sweden made the right long-term call?

Sweden however, has the world's highest death rate but they claim it's working for them in the long run. I feel really conflicted about this. They practically sacrificed the most vulnerable of their population (the old, the sick) to make herd immunity possible. I can't even begin to imagine making a decision like this.

My own country, we are taking the lockdown thing very seriously. If there is a minor outbreak, the entire area gets quarantined for 1-2 weeks but the thing is a lot of the people who work for daily wages are really suffering. We could have avoided the problems of covid easily if we hadn't taken back Indians who had gone to China. Even now, India is bringing a lot of Indians who are abroad back into the country and we can see the case numbers spike in the same time frame. I personally believe if we had not taken back people, we could have quashed this thing a few months back. The Indians who come back, some of them break the mandated government quarantine and go around infecting others like that one dumba*s in Pathanamthitta, Kerala.

Then we have the WHO saying masks don't work, then reversing it to masks work, then again them saying it's not enough. China is the epicentre of the entire covid outbreak yet their death toll is still sitting around 4000 for months and I don't believe it for even one second. We have Fauci in America who says people should wear masks all the time and social distance yet when he went to see that baseball game, he was sitting and watching the game with his mask down and not practicing social distancing. Media says gatherings aren't allowed yet protests are happening and when asked if protests can exacerbate covid spread, Fauci plays verbal mental gymnastics.

I really don't know what to believe anymore. A lot of hypocrisy is out there. I just do my part keeping my head down, trying to minimize traveling around, wearing a mask, using sanitizer and staying away from people as best I can. I'm concerned about the people around me, especially those having economic issues. Then there's the folks who are unable to have operations, chemotherapy, tests because the doctors are focused solely on covid. It's horrible.

2020 is without a doubt an unmitigated disaster for everyone.
Reactions: Rahzel

It is unprecedented for sure. The herd immunity is too big a sacrifice imo. Even if it is just natural evolution at work, i still think the human race has a responsibility to care for all instead of just letting nature take its course. I guess the only way is a vaccine but i hear that it will take another year or two despite the process being fast tracked. Some experts even say that when the vaccine is finally completed, it will only be 50% effective, which means if you get the vaccine, you can still become infected or infect others.

Yeah. I can't even begin to think of how people think it's okay to put the old and sick at such risk. It angers me that in New York and New Jersey, governors were putting covid patients in old age homes. There is no excuse for it. I don't know what possessed them to do such an awful thing like that.

Regarding the vaccine, India has already placed orders for 100 million doses, and they will be given to front-line workers like doctors, police and sanitation workers first. I just hope the vaccine is effective. It'd be really bad if covid continues to spread. India has the highest population and highest population density in the world.
Reactions: Rahzel

I thought china had the biggest population? Anyway, even if the vaccine is only 50% effective, it's still good progress

Tomanadi said:
I thought china had the biggest population? Anyway, even if the vaccine is only 50% effective, it's still good progress
Click to expand...

I thought India had overtaken China by this point

Yeah I know how you feel @erasmus-kun . Just... slow clap to everything :/

Some people are saying to wait before getting the vaccine when it finally drops just in case of side effects. I don't know if most people are going to do this or not

Tomanadi said:
Some people are saying to wait before getting the vaccine when it finally drops just in case of side effects. I don't know if most people are going to do this or not
Click to expand...