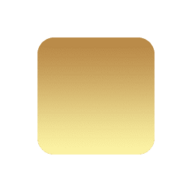 G2 are world finalists how does 7th make sense? And why is RNG 2nd place. This list is biased as fck holy shit.

G2 was a world finalist 2 years ago, so even by that ******** logic they would be 4th at best which would still be too high. Current meta and items are not in their favor whatsoever and the players are not performing as good as they have previous splits. With their current performance 7th is quite generous and hopeful, they would have to step up a lot to be on par with 4th and 5th on the list nevermind top3

World finalist doesnt mean theyre good right now tho... Like suning is 2nd place in worlds but theyre not even in this list. Cuz the list is based on current results.. not last years..

Geng 7? behind T1? they were LCK's 2 most consistent team

Geng so low cause they lost 1 freaking series vs t1? T1 are 6th , where are the other lck teams? Holy shit this is prejudiced AF

We know from pro players G2 was beating every team apart from Damwon in scrims by the end of last years worlds, there is a reason players like Doinb and Rookie said they were perhaps the only team that could beat Damwon (though I think they underrated Suning at worlds). For the past 4 international tournaments they have either been knocked out by the champion at any given point or they have won.

Caps was the 3rd best mid at worlds after Showmaker and Angel (Knight and Chovy were definitively worse, BDD, well we saw)
Rekkles was top 2 at worlds with Huanfeng.
Mikyx was top 4 at worst, after Beryl, Keria and Lvmao.

Besides last years meta didn't even suit them, and as always European teams need at leasy about 4 weeks to get close to their peak, because it is true that competition there is worse, specifically the mechanical level of soloq.

It’s moronic to put them lower than the top 5, the only LCK team you van put above them is Damwon, and you can put EDG, RNG and that's it wbove them, because we literally know they wete better than these lineups of TES and JDG.