SHOULD POLITICS BE BROUGHT INTO GAMING? 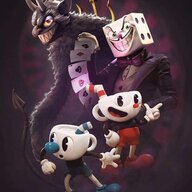 A live stream of Congresswoman Alexandria Ocasio-Cortez playing the popular game Among Us has become one of the most-watched videos on Twitch. From my own opinion, I feel this is bad and exploitative. She made use of the streaming avenue to disseminate her political notions under the guise of having simple gaming fun. WHAT DOES THE COMMUNITY THINK

Keep politics out of gaming. The gaming community is already toxic - politics will just make it even more worse. Seriously, I had to stop using Twitter because of the endless politicking. 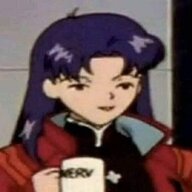 I think most of the complaints are a little overblown, gaming has had politics for years so new games having overt themes is nothing new. Did anyone play black ops, bioshock or even final fantasy 7 and seriously think they were apolitical? Like ff7 literally has you play as eco-terrorists fighting against capitalism. 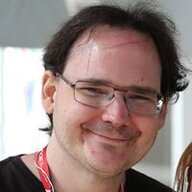 Politics are how our lives are determined. With so many people willing to "keep politics out" it has only gotten worse and worse and worse. It has literally never gotten better.

Vote locally: mayor, governor, council. Never, ever vote for the duopoly for president. Always vote third party even though they won't win. It's pointless voting between two pieces of crap. Don't ever let anyone convince you that your vote is wasted if you don't vote on a piece of crap. That makes no sense we 'mericans have always dealt with "the lesser evil" and it has only ever gotten worse (I think this is similar in other countries as well).

I would prefer to keep politics, and religion, out of all forms of entertainment. If I want to delve into politics, there are plenty of places for me to do so without forcing the topic into the things I do to remove stress from my life.
Reactions: erasmus-kun

I don't mind politics in games, as long as the politics aren't groups outside of the industry try to censor what developers can do. As it stands with games, you're getting politics thrown in your face pretty much through the history of gaming. Any grand strategy game or war game is dealing with some level of politics. Most roleplaying games deal with politics and/or religion. Most Ubisoft games have you either playing a government agent or just having the dumb luck of being in the wrong country/island chain at the wrong time. Hell, both Mario and Zelda are usually dealing with overthrowing a dictatoral usurper. Even a lot of fighting games have some kind of political spin to them. You don't have to agree with whatever political stance a player, streamer, or a game is taking. But if you think politics in games is a new thing, it isn't. Just think more critically about what you're playing or watching.
Show hidden low quality content
You must log in or register to reply here.
Share:
Facebook Twitter Reddit Pinterest Tumblr WhatsApp Email Link
Top Bottom